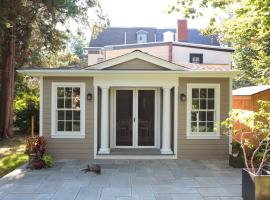 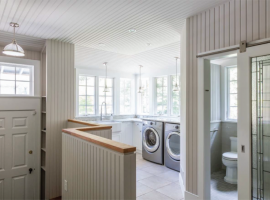 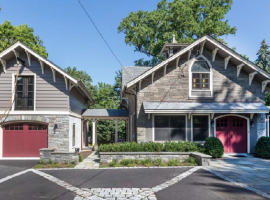 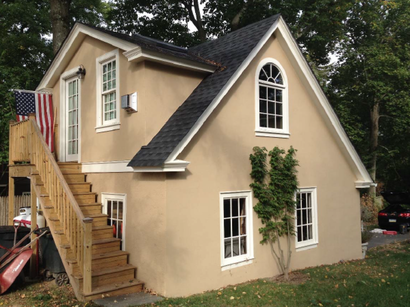 Our client came to us looking for a new office addition above his garage. The existing garage was a 20’x 20’ building that had a 2’-0” addition at one point in time, stud framed on a stone foundation. After careful though, we came up with a design that would give the owner adequate space while keeping a more proportional looking garage that would fit in with the existing house. The solution was instead of creating a complete full second floor we would instead raise the roof and install dormers on either side. 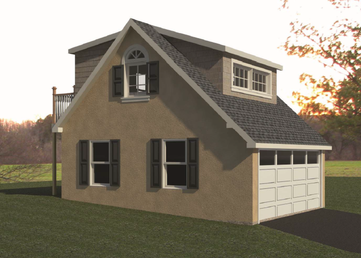 An initial 3d rendering was developed to give the owner an accurate representation of what to expect. Finishes and details were added as the construction documents were produced. To create the second floor, we removed the existing garage roof and reframed at a steeper pitch that would bear on the existing walls below. Because there was a two foot addition on the front, we had to cantilever the rafters to allow the garage door to remain in the existing location, allowing the dormer to work above. This caused the framing to be a little more complex than it looks. The new second floor also includes a decorative arched window facing the existing house. An additional design intent was to allow the owner to sit at his desk and see outside the front dormer window. The rear dormer was installed to provide access from an exterior stairway.

The exterior was designed to match the existing details with 8” overhangs, return eaves and 4” crown molding. All exterior trim was made of rot proof materials including Boral, PVC and fiber cement. Stucco was selected as the exterior finish and painted to match the existing house. The client enjoys rustic cabins and wanted that cozy atmosphere for his office. So the interior of the addition was made to look like a rustic office with all the walls and ceilings finished with rough #2 shiplap pine boards and custom trim work milled on site. The boards were intended to have a combination of smooth and rough areas to add a contrasting final product. A custom beam was also added with a ¾” round bead to enclose the LVL ridge beams required to hold the roof structure from collapsing. The ridge beam eliminated the need for collar ties and enhanced the overall feel of the space. 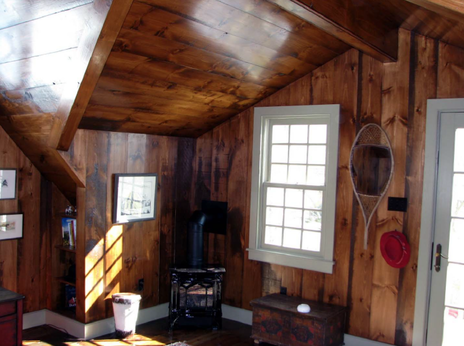 Almost all the window trim for this project was made on site and all joints were biscuited and/or glued to prevent the joints from opening over time. All space was also utilized in the office to allow for as much storage as possible. We created bookshelves, designed and built in place to fit in the knee walls.

The desk top and under counter bookshelves were also built by us specifically for this job. The countertop was made of cherry wood and has a few intentional knots to add to the beauty and rustic feel while keeping them away from working space. The pine bookshelves are designed to match the surrounding finishes. The flooring is made of reclaimed random width pine barn boards that adds a unique rustic authenticity to the space. All wood was then stained and finished to the owners specifications.

The owner was beyond thrilled with the new office and the functionality that it provides. A new highly functional interior space that looks and feels like something produced over a century ago. All done while keeping the beauty and proportions of the garage itself. 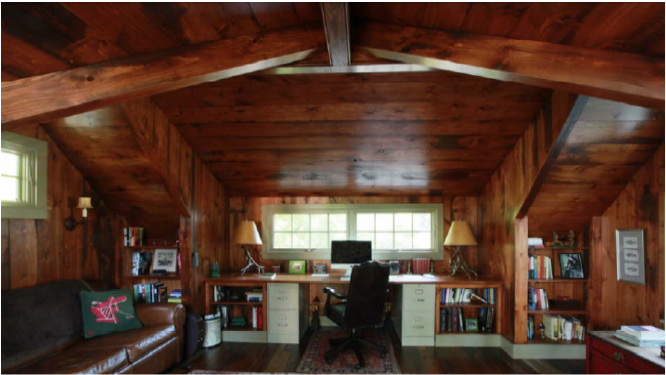